Work at the gasworks was often hot, arduous and dirty. On windy days coke breeze and coal dust blew everywhere. There were many different jobs at the works, including fitters, bricklayers, electricians, gas fitters [who worked out in the town], 'coalies', retort men, shift foremen, storemen, engine drivers, fore-plant operators, laboratory technicians and office staff. The works was not always a popular option and at times of full employment recruitment and retention of labour could be difficult. For instance, during one six-month period in the 1960s 39 men passed through four positions in the retort house. There was however a nucleus of long-term staff for whom it was "a good place to work - a good steady job - dirty work, but well paid".

Working in shifts enabled the works to operate 24 hours a day, 7 days a week.
Given the toxic substances produced in the works, one might have expected health problems among the workers. However, when employees were screened for carbon monoxide in their blood in 1970 it was concluded that the levels found were due more to cigarette smoking than to occupational exposure. Other more serious health risks were obviously present but have not been recorded as causing problems. The characteristic gasworks odours often provoked complaints from South Dunedin residents. 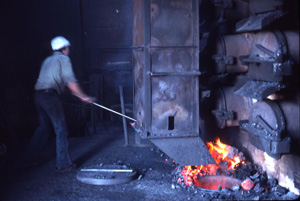 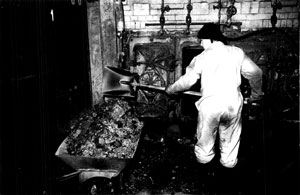 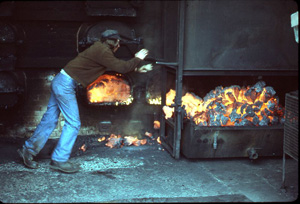 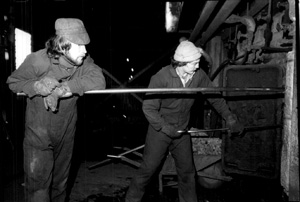