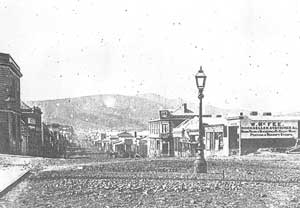 The Dunedin Gas Light and Coke Company (Limited) was formed in May 1862, the engineer of the new enterprise being Stephen Stamp Hutchison, late of the City of Melbourne Gas & Coke Company and the London Gas Works. The original intention was to erect a small plant to supply some 50 street lights, but this was the time of the Otago Gold Rush and Dunedin was growing rapidly. It became apparent that larger works would be required, and two acres of land on Anderson's Bay Road was leased. A contract was negotiated with the Town Board for the supply of 150 street lamps for seven years at a cost of £17/10/- per lamp per year. The lamps themselves were designed by John Millar, the Town Board's engineer. 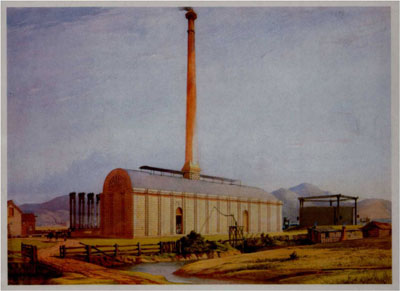 Gas was first ignited at the works in May 1863, although a delay by the Town Board in the erection of the lamp standards meant the first street lamp was not lit until September.

The price to domestic consumers was set at 25 shillings per 1,000 cubic feet of gas. This was expensive, meaning many people kept their candles and oil lamps. 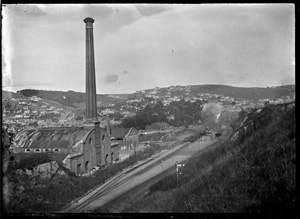 In 1881 Stephen Hutchison built another gasworks, this time in Caversham. He competed with the City Gasworks and won the contract to supply the boroughs of Caversham, Mornington and Roslyn. There were wild scenes in the South Dunedin Council Chambers as the Council debated whether to use the City's or Hutchison's supply. This culminated in the Mayor scrawling out the minutes of a previous meeting, upon which a lively fracas broke out with the council table being overturned and papers scattered. A ratepayer and two councillors later appear in the Police Court for assaulting the Mayor. 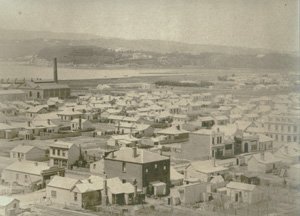 In 1906 a programme of updating was undertaken at the City Works. A new Retort House was constructed and was extended several years later. A new 1,000,000 cubic feet gas holder was also built, but the unstable subsoil caused it to fracture its bottom plates. In 1915 it was moved to a new site in Wilkie Road, Kensington. This structure was demolished in 2000.

Further improvements were made to the works in 1927, when a Glover-West Vertical

Retort House was built and new exhausting and pumping machinery installed. The surviving Bryan Donkin Booster was installed at this time, while the larger Waller Exhausters were installed over the next twelve years as gas demand increased.

In 1962 a Woodall-Duckham Vertical Retort House was built to replace the Glover-West plant and the old horizontal retorts were finally removed. By the mid-1980s the coal plant was nearing the end of its life, and the cost of a refit could not be justified given the declining use of gas in Dunedin. In July 1986 the DCC Trading Committee voted unanimously to convert entirely to the reforming of LPG through the MS Reformer for town gas supply. The Woodall-Duckham Vertical Retort House was finally closed down in June 1987, and with it came the end of an era. Dunedin was both the first and the last place in New Zealand where coal gas was manufactured, and with the demolition of the Vertical Retort House in 1989 the last coal carbonisation plant in the country disappeared.

There is little left of any of New Zealand's gasworks, and this Museum is a valuable reminder of an industry that was once vital to the country, but has almost vanished without trace.