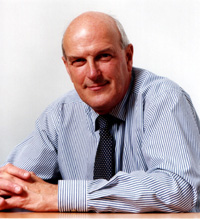 Sir Neil Cossons retired in 2007 as Chairman of English Heritage, the United Kingdom Government’s principal adviser on the historic environment. Previously, from 1986 to 2000, he was Director of the Science Museum, London - the National Museum of Science & Industry - and, from 1971, the first Director of the Ironbridge Gorge Museum. A pioneer in the field of industrial archaeology he has spent most of his life engaged in the preservation and conservation of the engineering and industrial heritage. He was awarded the President’s Medal of the Royal Academy of Engineering in 1993, the Maitland Medal of the Institution of Structural Engineers in 2002, and is a Companion of the Institution of Electrical Engineers and the Royal Aeronautical Society.

Today Neil Cossons is Chairman of the Council of the Royal College of Art - Britain's only post-graduate college of art and design - and advises internationally on heritage policy and management.